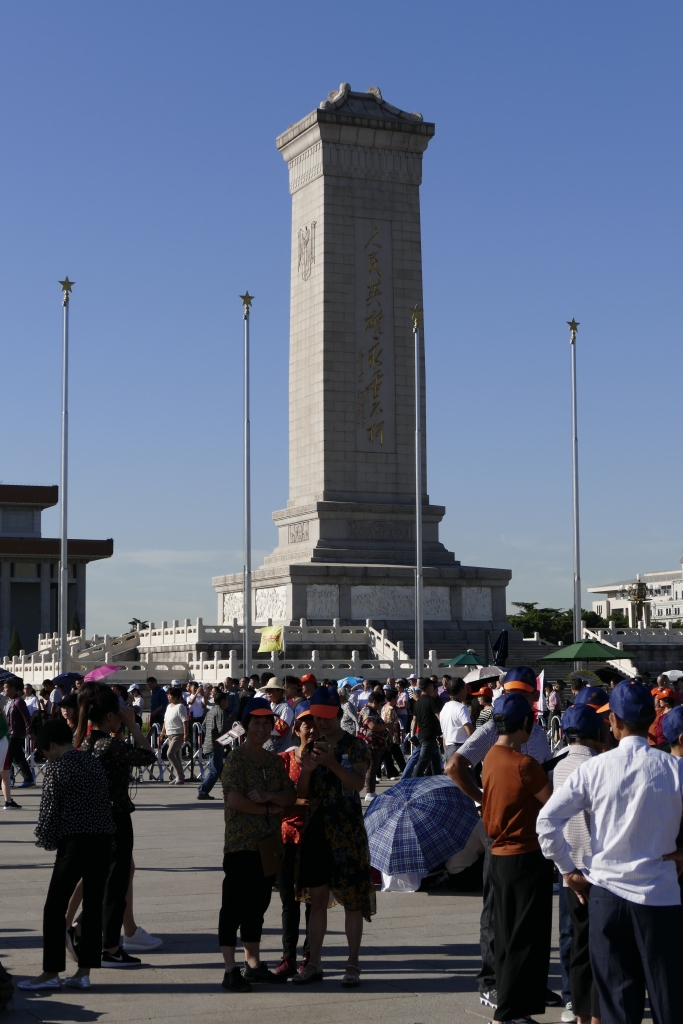 Staying in a hutong means becoming part of the neighborhood: you and other tourists are far outnumbered by the residents. The locals may gaze at you sideways with curiosity, but will otherwise fold you into their everyday life. 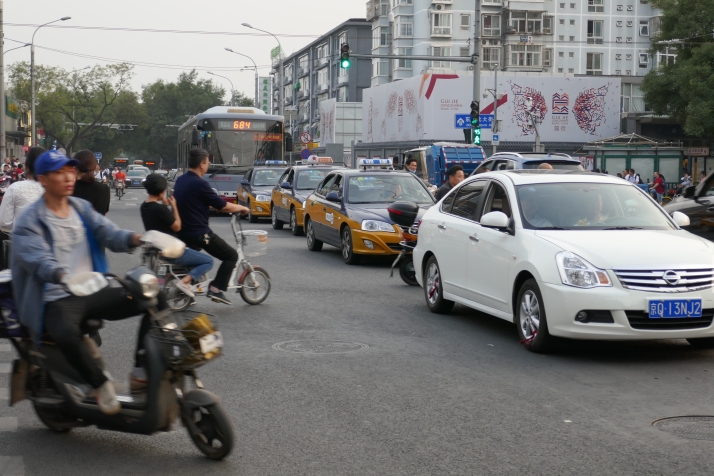 Taxis are possible, but not practical – they put you on the street with all of the other traffic, and they isolate you from the entire experience. Wear comfortable shoes and travel light: the sidewalks are (mostly) wide and clean, and the subway is easy to navigate. Besides, who wants to spend most of their vacation trapped in a taxi?

Riding the subway is efficient and inexpensive, and there is probably a subway stop within several blocks of anywhere you want to go. All signage is in both Chinese and English, and the lines are numbered and color-coded. If you look lost, it’s quite likely that a fellow local subway rider will stop and offer assistance. I dropped a sweater while transiting a station, and someone chased after me to return it.

To make subway travel even more efficient, check in at the kiosk once you enter the station to purchase a travel card. The ticket agent may not speak much English, but a few words, gestures, and a calculator to display numbers for the transaction, will get the job done. The card has a $20 deposit fee, refunded when you return the card to the kiosk. The fare is variable, depending on the length of your ride, but additional funds can be added at machines, which also have an English option. 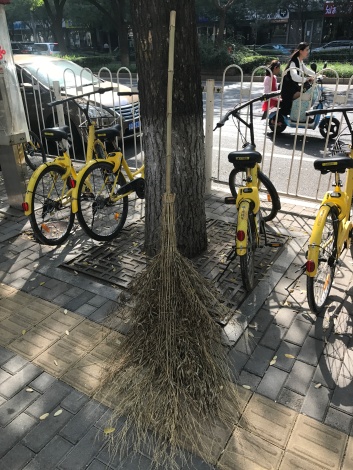 Despite the traffic, human power drives part of Beijing. Bicycles are everywhere, and these rental yellow bikes are ubiquitous throughout the city. But, we were never in enough of a hurry to abandon the sidewalk for the perils of the bike lane. And, yes, these types of brooms are equally ubiquitous, with humans keeping the sidewalks clean.

Our flight booked, we needed to find a place to drop our bags and rest our heads. Since we are not the travelers likely to book a familiar hotel chain, TripAdvisor and Lonely Planet are our main resources for finding accommodations. A courtyard hotel has guest rooms in a former courtyard home that housed several generations of the same family. The hotel may or may not have meal service, guide referrals, or other kinds of tourist assistance. The staff may or may not speak any degree of English. There may be varying degrees of building conditions. And, they can be hard to locate within a network of hutongs.

One other consideration: Beijing is rapidly “modernizing” the hutongs, and there are posts of sudden bursts of construction that may take shops out of business, and change the character of the neighborhood. We wanted the hutong experience, with it’s winding alleyways and local culture, before it was “prettied up” by the government. 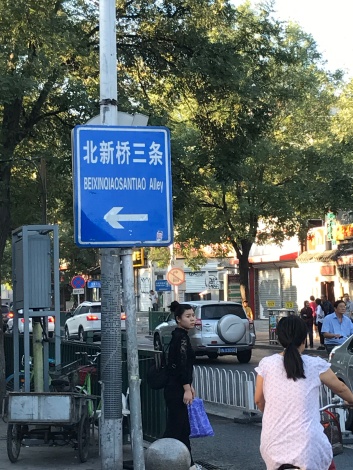 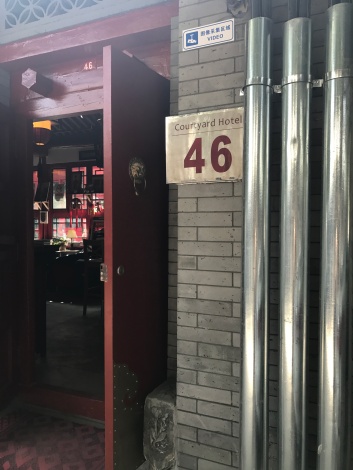 Sifting through a great number of listings and reviews and locations, we settled on Beijing 161 Lama Temple Courtyard Hotel. This hotel was a little removed from the major hub of tourists (the Forbidden City and Tian’an Men Square), but a five-minute walk to a subway stop served by two subway lines, and even closer to the Lama Temple, the largest Buddhist temple in Beijing.

The staff was warm and welcoming, and most spoke English very well. The rooms were neatly appointed, the bathrooms modern, and all was very clean. Bottled water, an electric tea kettle, and tea set are provided, as is free wifi and air conditioning. The room was large enough for the two of us, although we didn’t spend much time there.

The hotel offered the option of free meals or one-way free transportation to or from the airport. We’re glad we took the option to have their driver bring us to the hotel: we thought we would be too jetlagged to figure out the subway system, and would not be sure that a cab driver was taking us to the right location. Although we landed in Beijing about 4:30pm local time, by the time we cleared customs and immigration, connected with our driver, and navigated the Beijing traffic, it was nearly dusk when we arrived at the hotel. 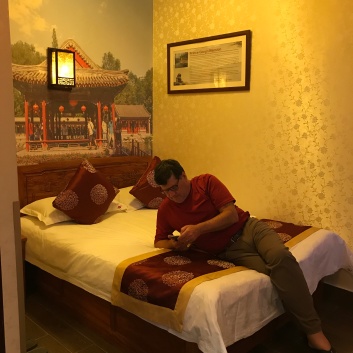 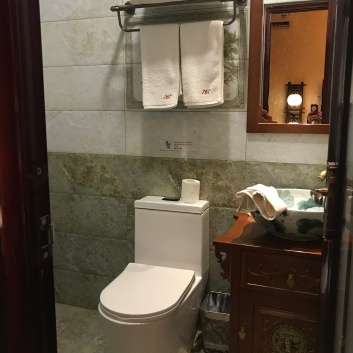 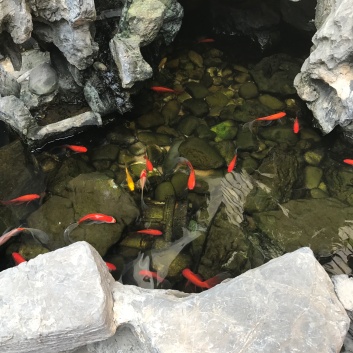 Koi pond in the courtyard